The updated rating of the companies ranked by sales level of RX drugs in 2018 has not brought any dramatic changes as compared with the previous year. The TOP 5 companies have not changed; some just swapped their places.

Pfizer with a sales volume of $ 45.3 billion remains the number one company. Roche and Novartis having the sales level of $44,55 billion and of $43,48 billion correspondingly swapped their places.

Johnson & Johnson with a sales volume of $38,81 billion has found itself in the fourth place by driving out Merck & Co. to the fifth position with $37,35 billion sales level.

Gilead Sciences with the sales level $21,68 billion is in the 10th position. In the rating of 2017, this position was taken by Amgen.

Such giants as Bristol-Myers Squibb, AstraZeneca, Allergan, Takeda, and Teva wasn’t listed amongst the TOP 10 companies in 2018 by sales level of RX drugs and occupy the places from eleventh to twentieth 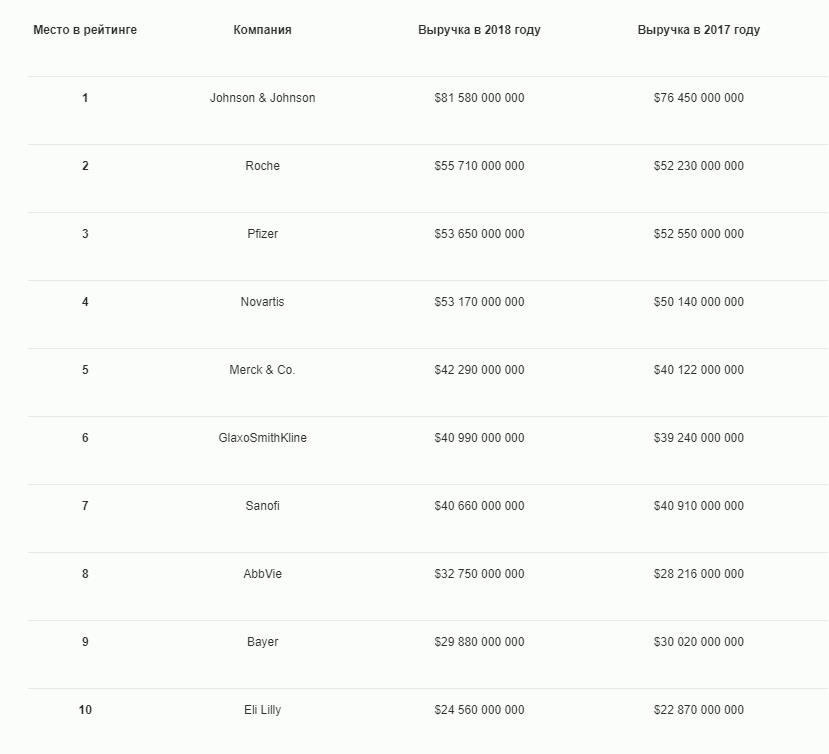